Hmmm… Not quite how I expected… (FABB-Tour Utrecht) 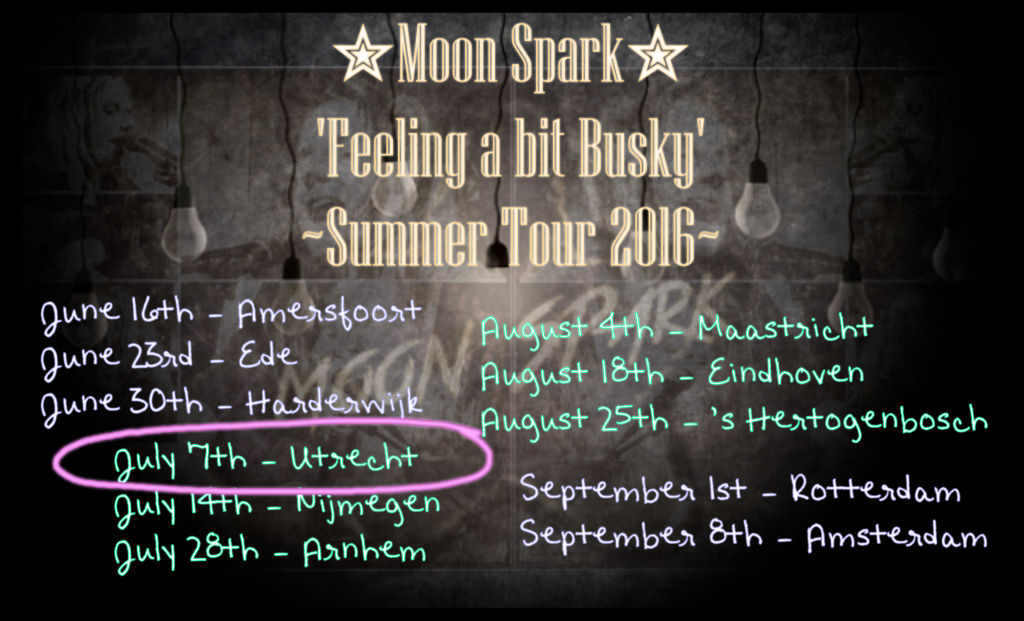 I’m actually a little sad to write this. My FABB-Tour to Utrecht wasn’t as much fun as I hoped it would be. Sure it had its fun moments, but overall I was feeling rather unsatisfied on my way home. It all felt so promising when I was heading over there. Luckily my other trips were a lot more successful so I don’t feel completely discouraged at this point. 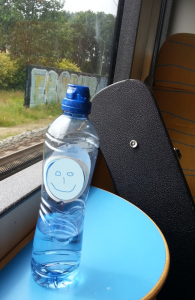 Before I was allowed to play in the streets of Utrecht I had to get some paperwork done at city hall. I went in to this huge building to find a machine that gives you a waiting ticket. I entered my date of birth, and maybe it was cause I’m not that ancient in age yet, it happily gave me a ticket to go to the sixth floor and wait in section Q 😀 Hilarious! 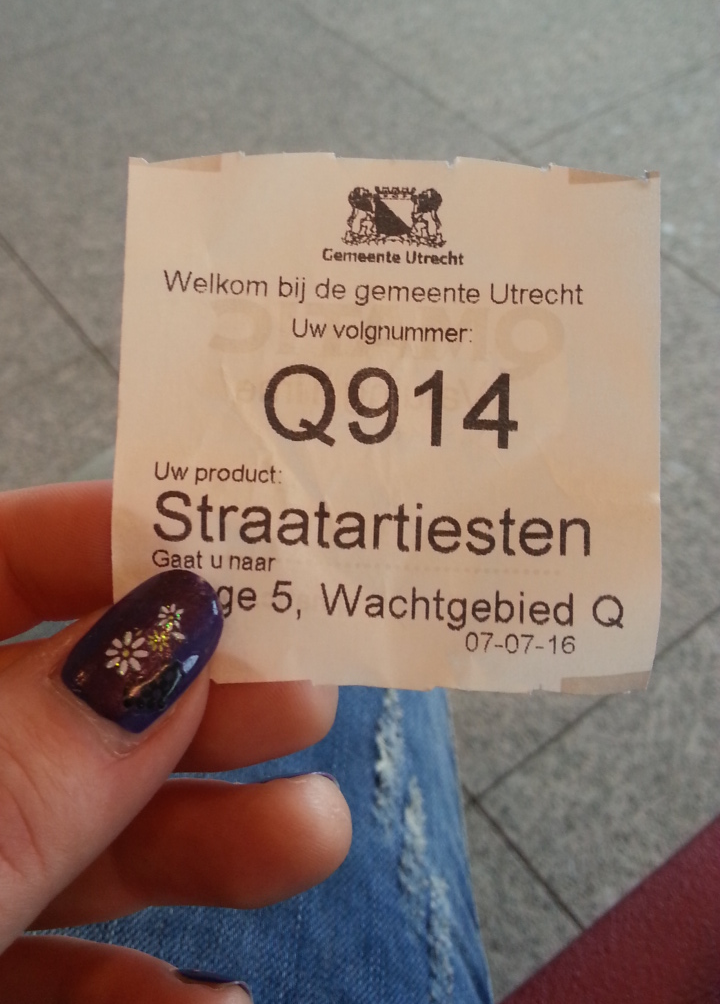 The trip up there took me a while for sure! I was so happy to find some escalators so I at least didn’t have to climb staircases next to all that walking. I had to wait for a while and enjoyed myself with looking out the dirty windows to see the city I was going to play at: 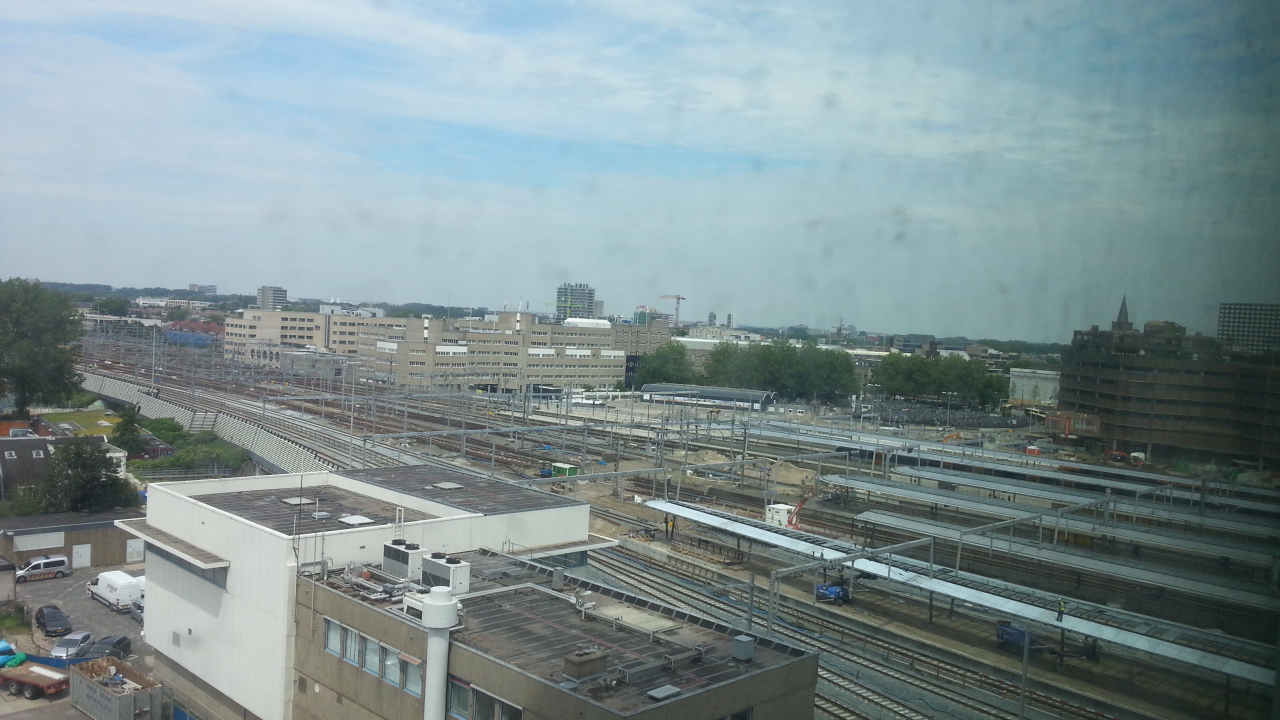 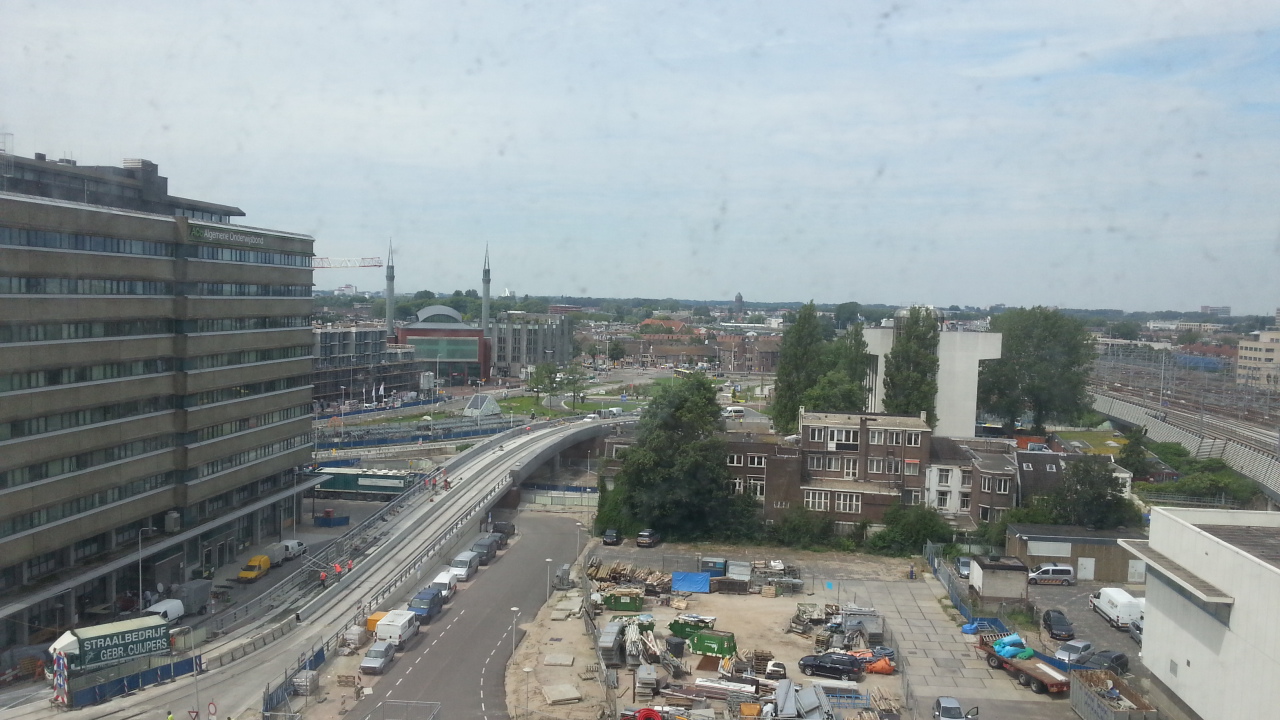 Pity, but you can’t actually see the city centrer where I was about to head off to. That was on a side of the building without windows.

I had loads of fun with the guy that helped me out at city hall. We had a good chuckle about a couple of things and he wished me all the luck when I started on my journey back down this building to go busk my ass off. At this point I was regretting already that I put on high heels for the day.

There is this rather famous place/square in Utrecht called “het Neude” and I figured I’d start my busking over there. I set up my stuff and realised there was kind of a lot of wind going in the wrong direction for anybody at the square to hear what I was doing. Also apparently my guitar tuner broke down cause it wasn’t doing anything and I had to tune my guitar by ear (which is kind of hard when there is a lot of wind and noise. I figured this all wasn’t going to get me down and started playing.

Not long after I started some homeless guy came over and kept on starting to talk to me about he wanted to take me with him. He threw some unknown foreign coins in my guitar case and kept on standing right in front of me, like way in my comfort zone being out there as I am while busking. I don’t have a problem with homeless people at all, but he made me feel very uncomfortable and a little unsafe too. Realising there was no sane person in the world that would come close to listen to my music while he was standing there so I decided to get my stuff and move to a different spot. Feeling completely awkward and a little unsure from that experience I moved to a very crowded part of the city with all the canals, boats, terraces, mcDonalds and loads of stores. I set up alongside a bunch of parked bicycles on a bridge across the canal.

What happened there is kind of hard to explain but it seemed that almost everybody was extremely rushed, unhappy and most people had a kind of depressed look on their face. I could play fun songs, emotional songs, happy songs, angry songs it didn’t really affect anything that was happening in the peoples faces or in the way they responded overall. I was determined to keep on playing anyhow, and the couple of people that stopped to listen and/or threw coins in my case were kind of giving me enough acknowledgement to feel okay enough. Also there was a funny reggae man and a dancing baby that put an extra smile on my face.

Then the worst happened in that timing: One of my guitar strings snapped and it left me in a dilemma: Was I going to get myself to a place where I could sit down in peace to replace my guitar string and go back to play more? Maybe go to a different spot to play more? Maybe not replace the string at all and let all the signs land in my head that this just wasn’t going to be my day at all. I decided to take the broken string off and choose what to do afterwards. I took the string off and to make the day even better I somehow planted the side of my finger in the end of another (thin) string which (in my mind) pierced half of my finger and it started to bleed like crazy. My mind was kind of made up at that point. I grabbed my stuff and withdrew myself from that spot. I took a little walk to make up my mind again, cause I wanted to be sure.

My heels (which looked amazing if I may say so myself :D) were literally killing me and my finger wouldn’t stop bleeding. I eventually ended up at McDonalds, bought myself a snack, sat myself down and enjoyed my pity party for a while 😀 After that there was nothing else to do but to try and walk back to the train station like a beaten dog and make my way home. After I got home I put my sore feet up and did nothing for a couple of hours more.

To recap all of this, Utrecht was kind of a bummer in my Tour. I’m sure it wasn’t the city’s fault. Maybe the stars were aligned in a wrong matter or there was something bad in the air. Anyways, I can’t win them all! 😀 Better luck next time!

Much love and hugs,