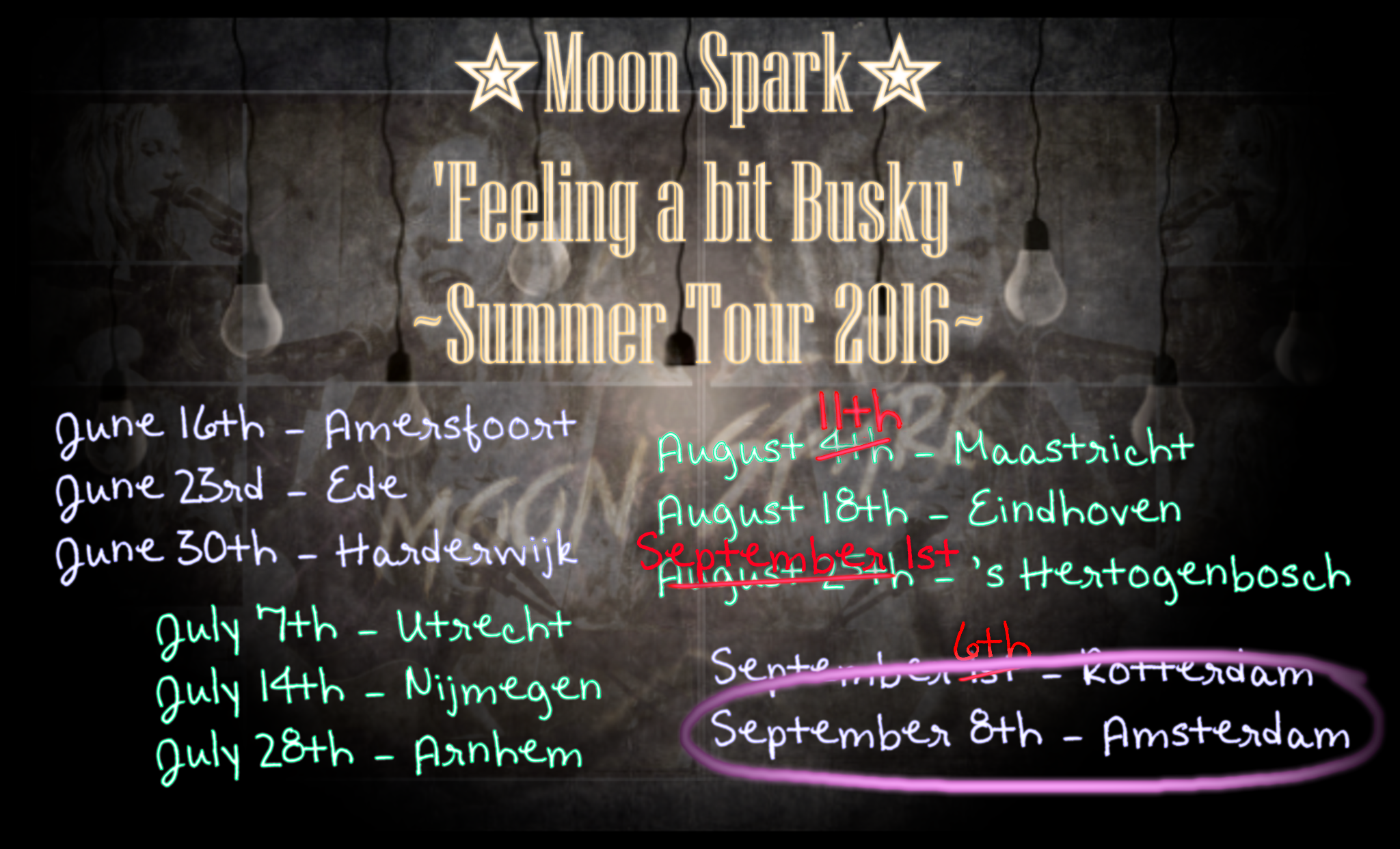 The day coming up to September 8 were awesome in itself! It was going to be the last stop on my very first summer tour and the weather was going to be gorgeous! I even did a livestream on my way over there! If you’d like to, you can watch it HERE

Also I did my best in making as much pictures as I could! Hopefully you’ll all enjoy this more graphic blog of my FABB Tour for a change! 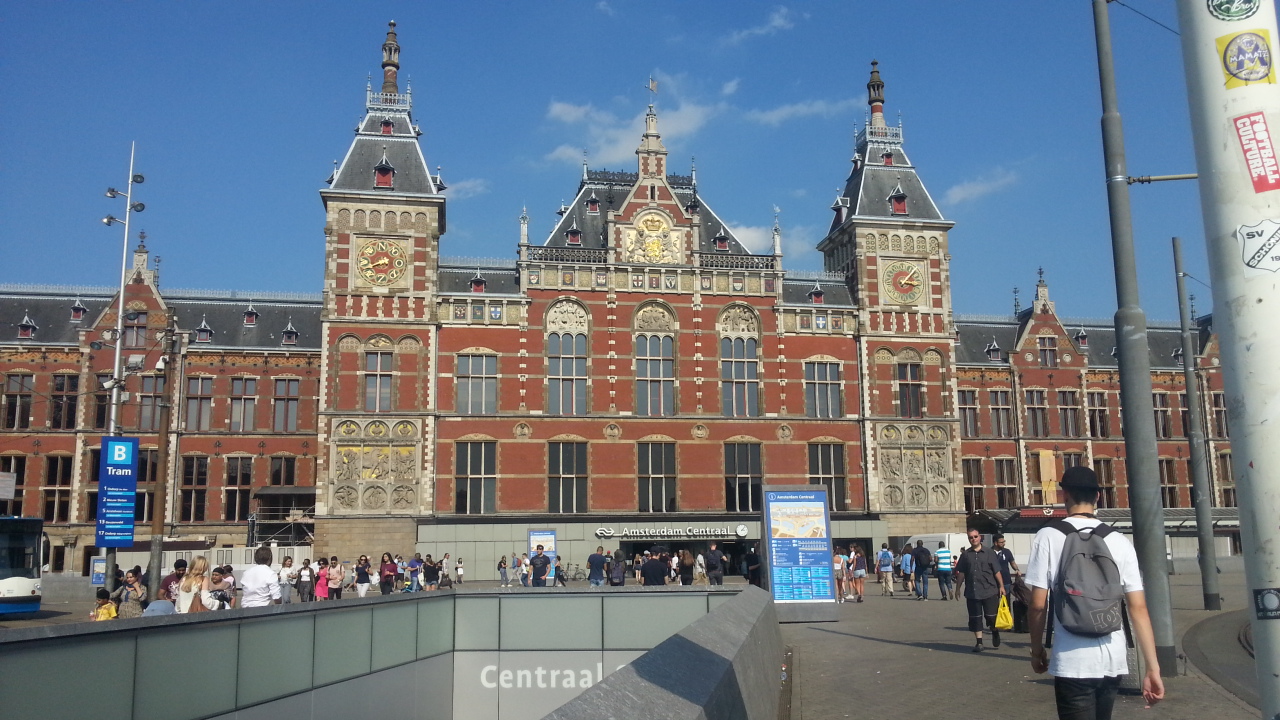 Once I arrived at the train station of Amsterdam, I started to think about where to go from there. I did make a little map the day before, so all the people online could get an idea of where I might be at, and it would be a lot easier and quicker for me to pinpoint where I was at. 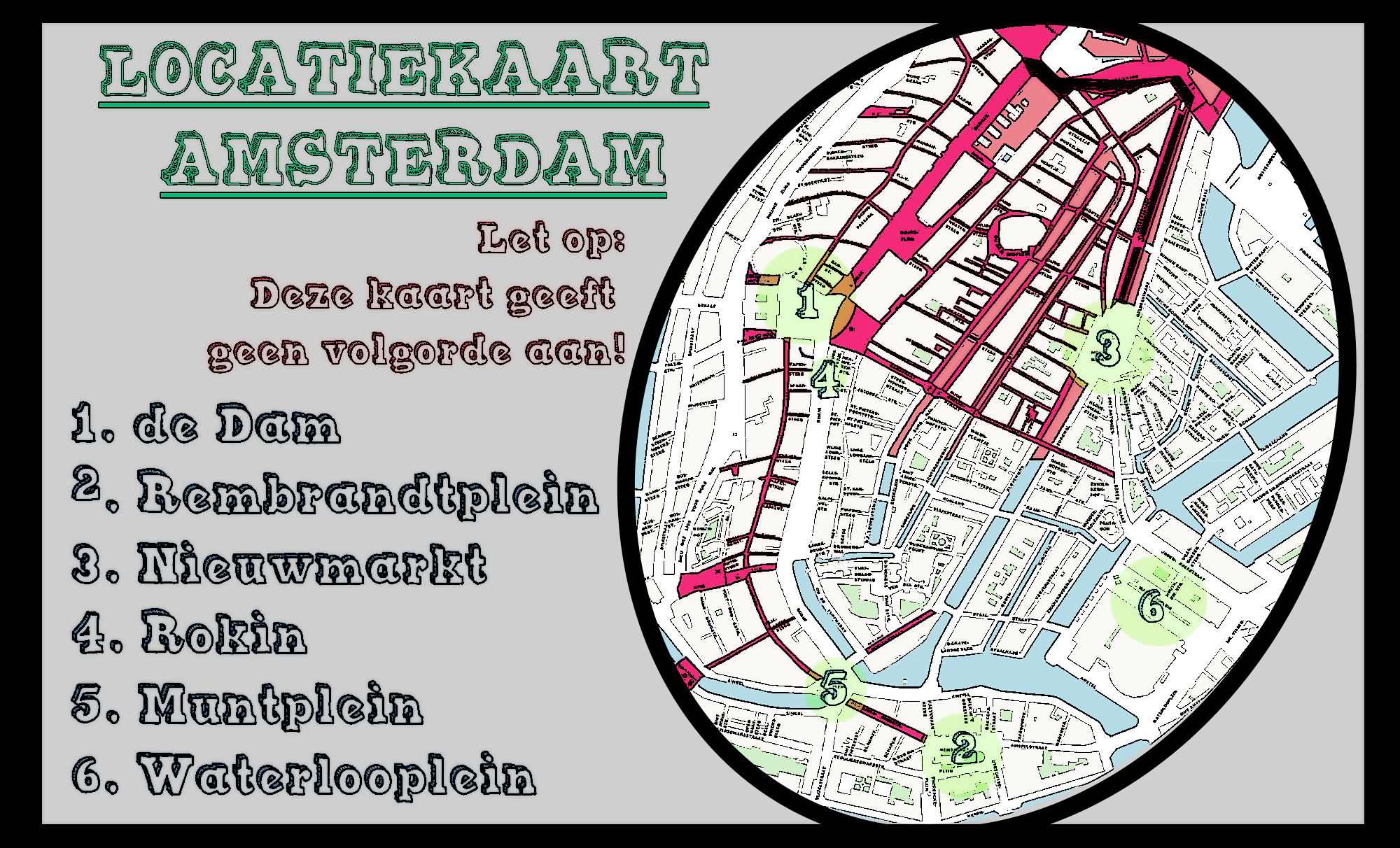 I did not really make a plan so I started walking in a direction of where I though was one of the locations on my little map. Funny, since today the ‘just walking’ took me to the most funny/amazing/beautiful places! I loved looking at all the old buildings and cultural things that crossed my path. 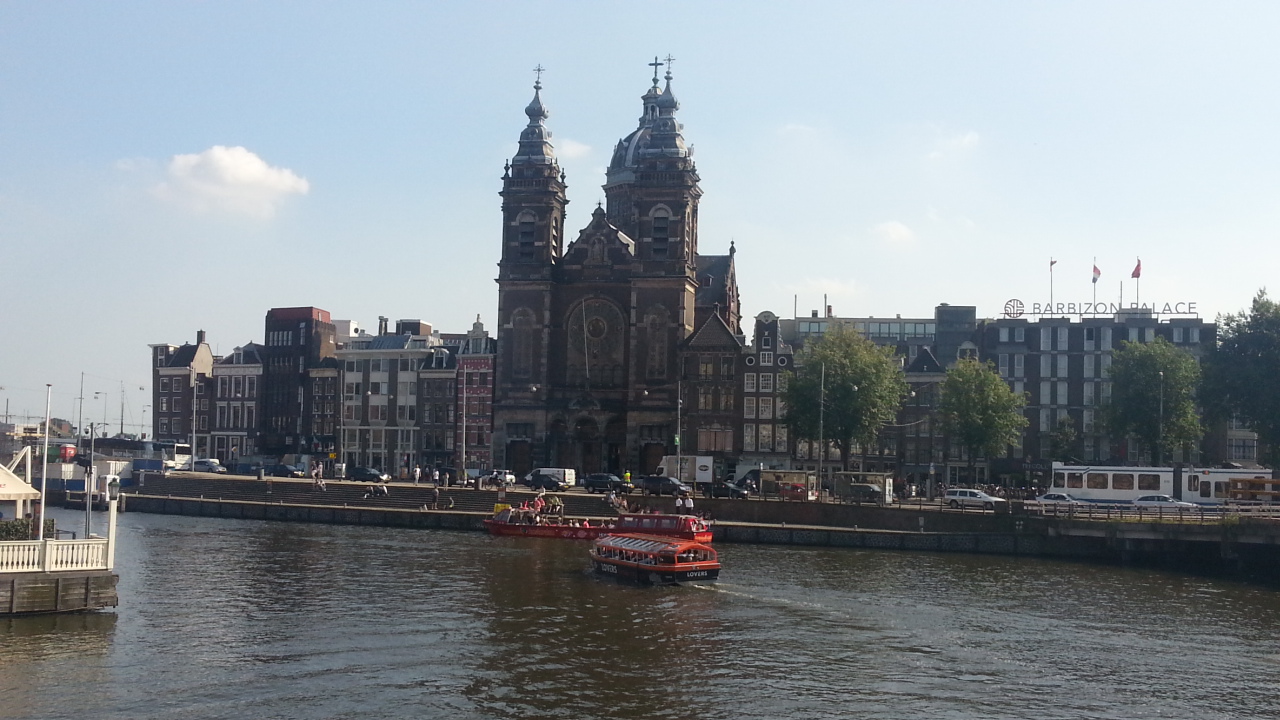 Apparently I found Amsterdam’s China Town without even looking for it! Amazing how it feels like you’re no longer in the Netherlands at all when you walk here! 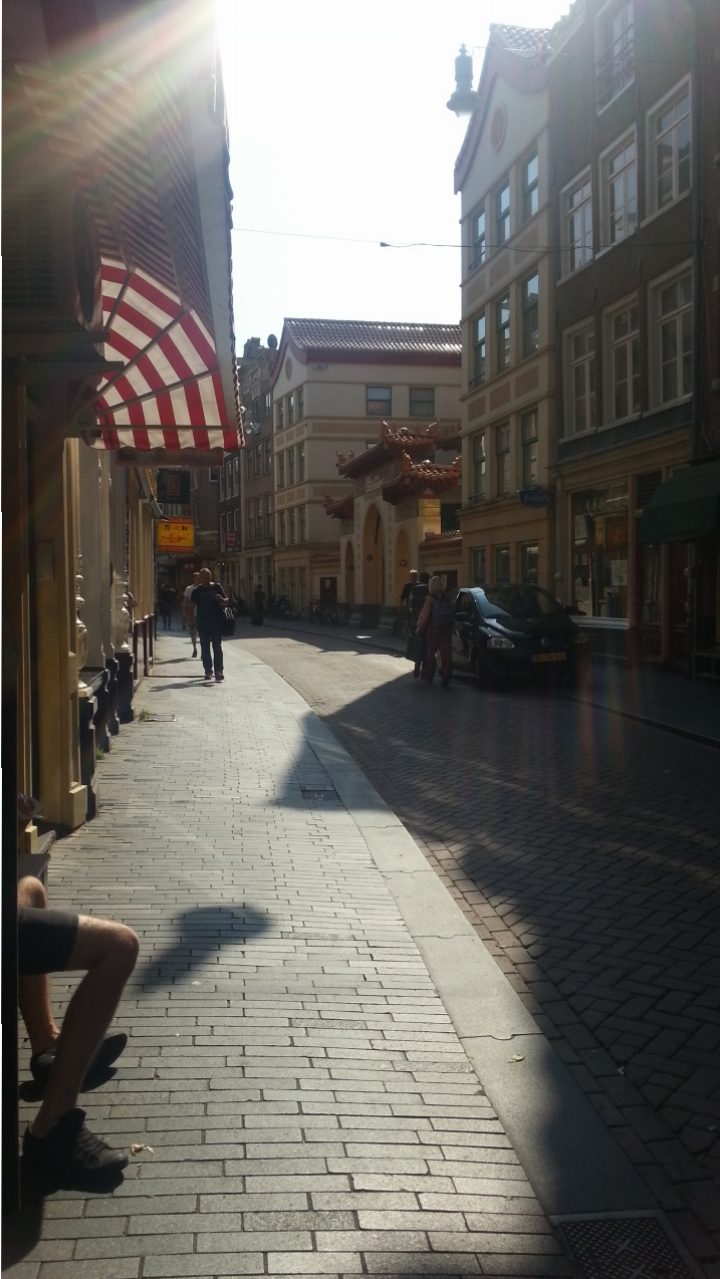 I decided to start out at the ‘Nieuwmarkt’ where I’d hoped to catch some of the market that I thought was going to be there.Unfortunately there were only a couple of stands that day. The place looked gorgeous nonetheless and I found a beautiful spot to play at. There was a great atmosphere and I enjoyed playing there even though there were not many people close to me, which made it a little dull at some point. 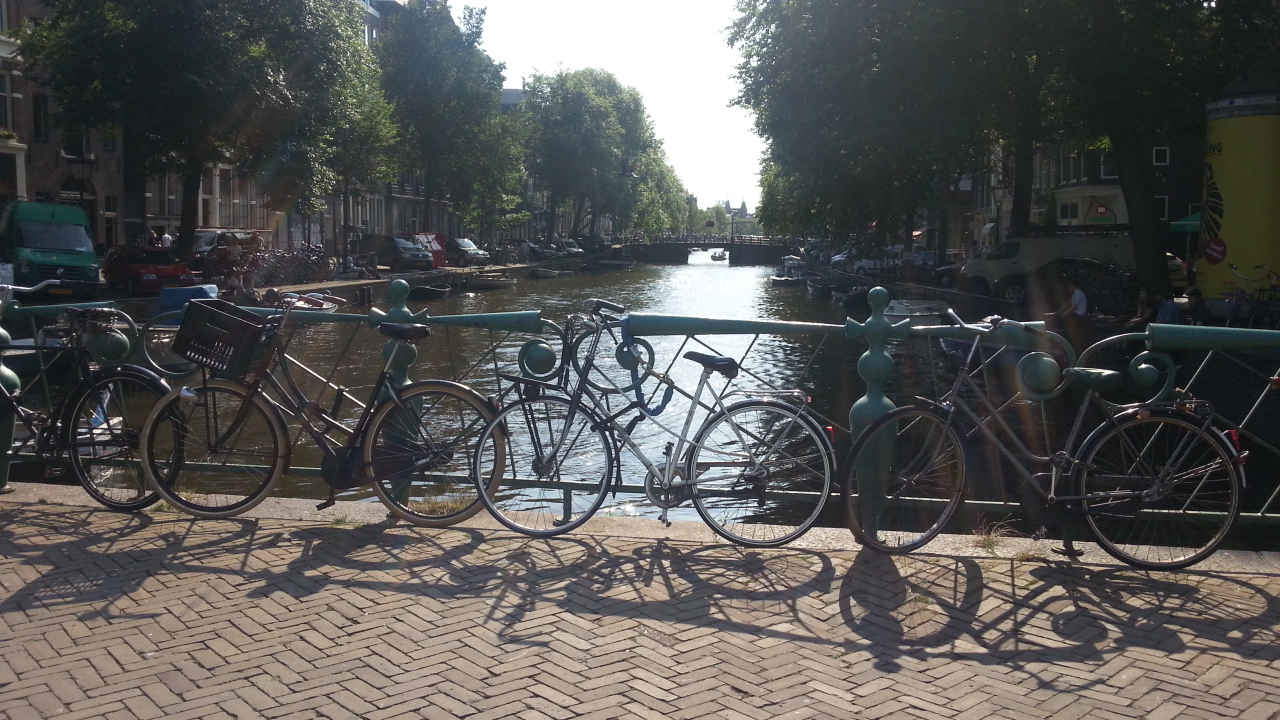 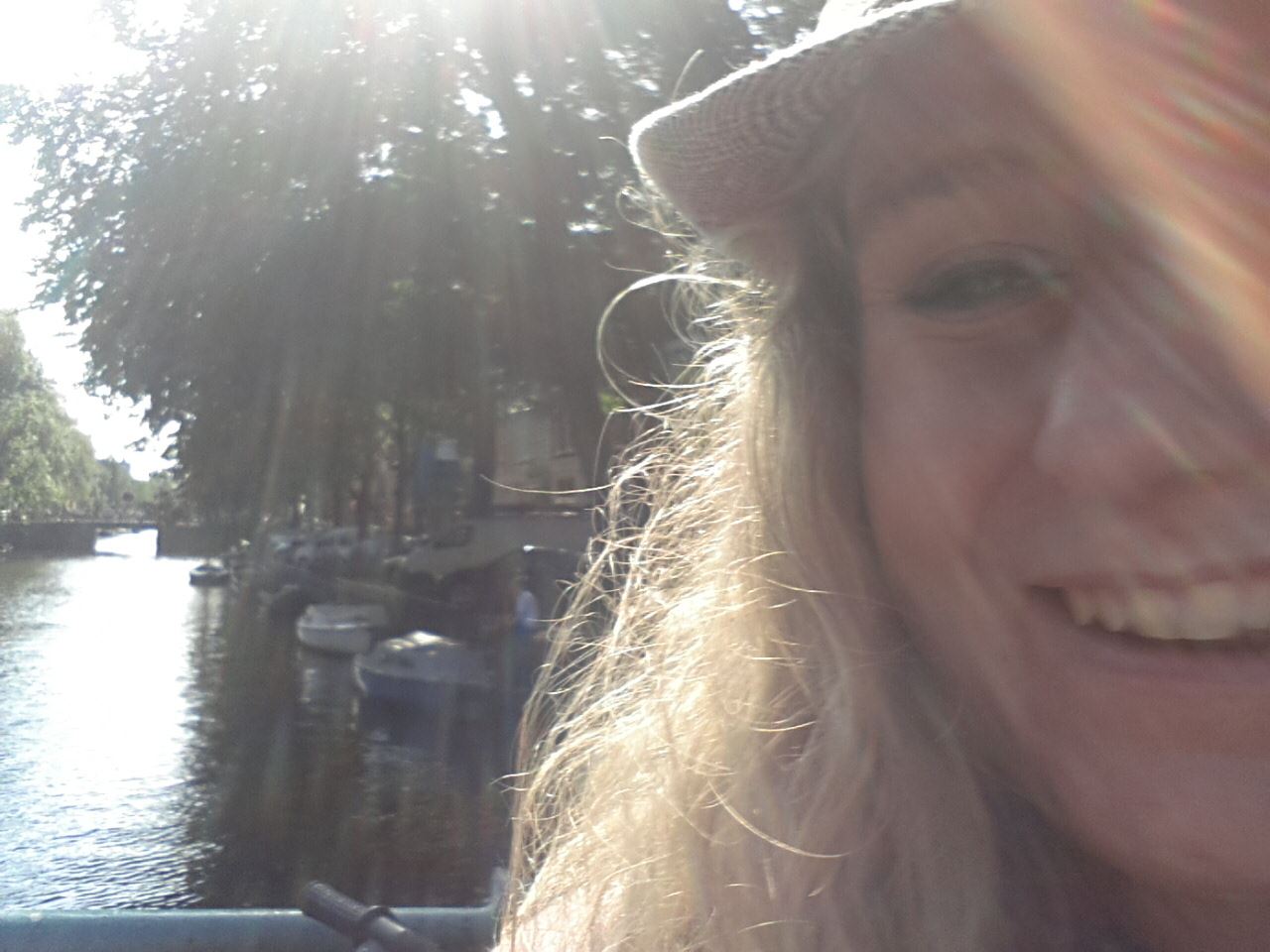 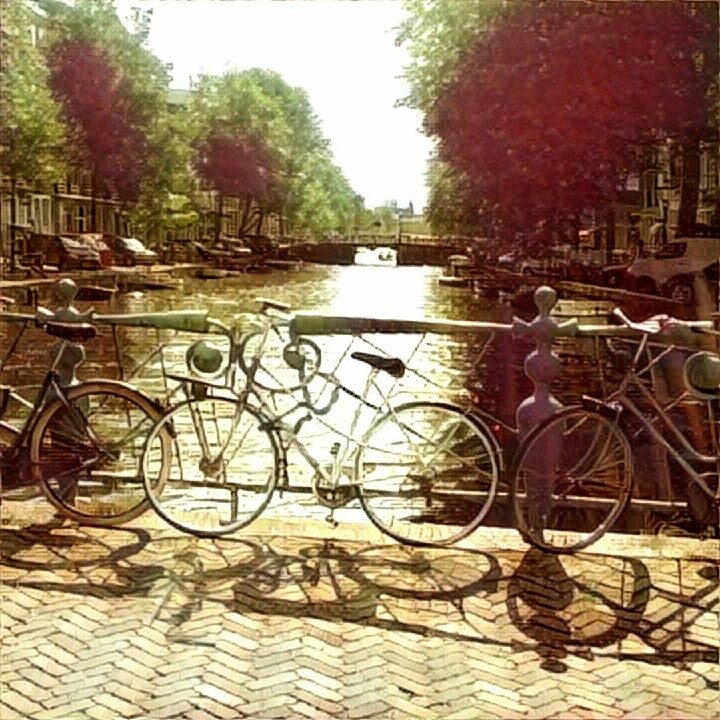 It was time for me to move on to another place. I decided I was going to go for the big ‘Dam-square’ as I heard it’s supposed to be very crowded and moneymaking there. My ‘just walking theory’ proved itself amazingly interesting again, as the first thing I walked in to apparently was Amsterdam’s Red Light District, haha! I didn’t even properly notice until I walked in a smaller alley and suddenly say all the half naked women in the windows. It made me giggle so much, since I’m such a oblivious ass all the time. Suddenly looking at those women was a really funny way of waking up for sure!

I am very sorry to have to tell you I was completely disappointed by the ‘Dam-square’ there was a crazy busy atmosphere and it sure wasn’t as good of moneymaking as I though it was going to be. Supervisors tried to send me away too early (you were allowed to play there for 30 minutes) and at some point there was another street artist who was blowing huge and a lot of soap bubbles. Awesome for the kids, but he decided to do that fairly close to me downwind which covered me in soap shizzle every 5 seconds. I somehow had enough of it and when I grabbed my gear and just started walking. There were two more locations I was really interested in; ‘Muntplein’ and ‘Rembrandtplein’. I started walking and found ‘Muntplein’ (what would have probably be a very good spot to make a lot of money) way too crowded for me, I had already walked around a lot with my gear and I was starting to feel tired. especially after Dam square let me down a bit. So I set myh mind on checking the ‘Rembrandtplein’ out and see how I would feel about it.

Once I arrived there, it was magical! That place looked so serene and calm, even though it was very crowded nonetheless! I saw the sun starting to set, which made beautiful colours in the trees, and then I noticed there were a whole bunch of doves sitting in those trees, enjoying exactly that same thing! 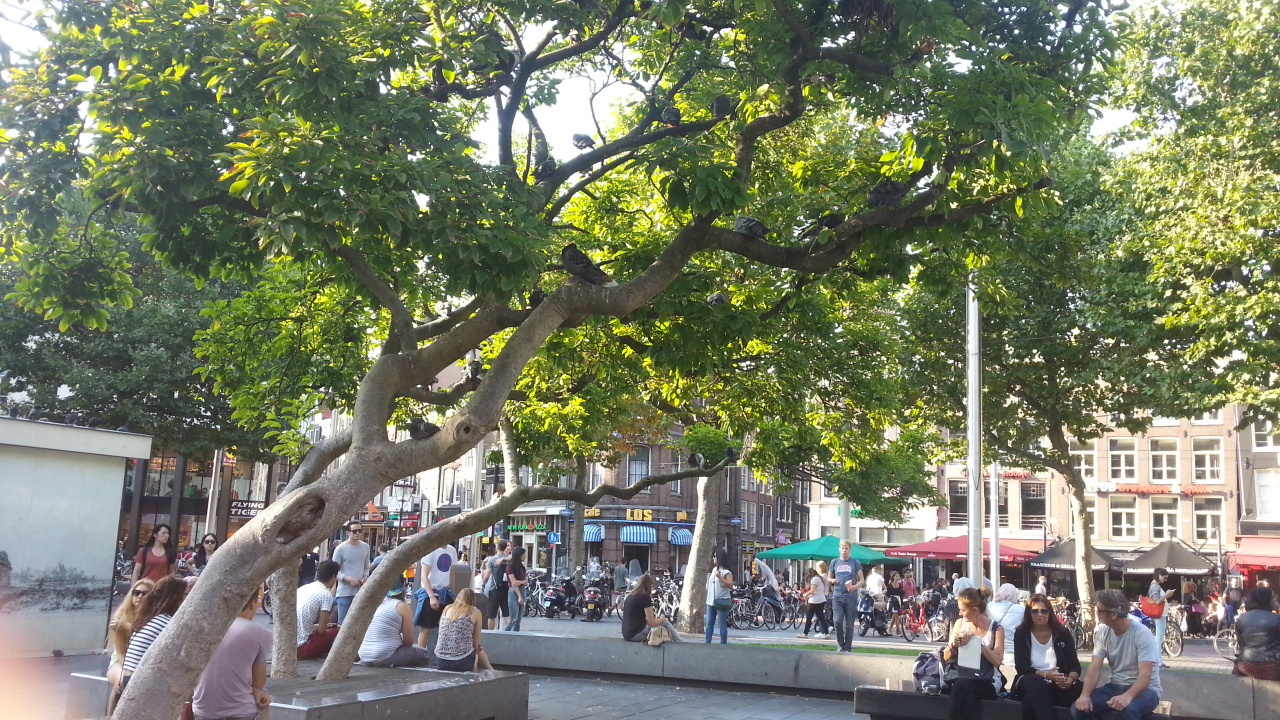 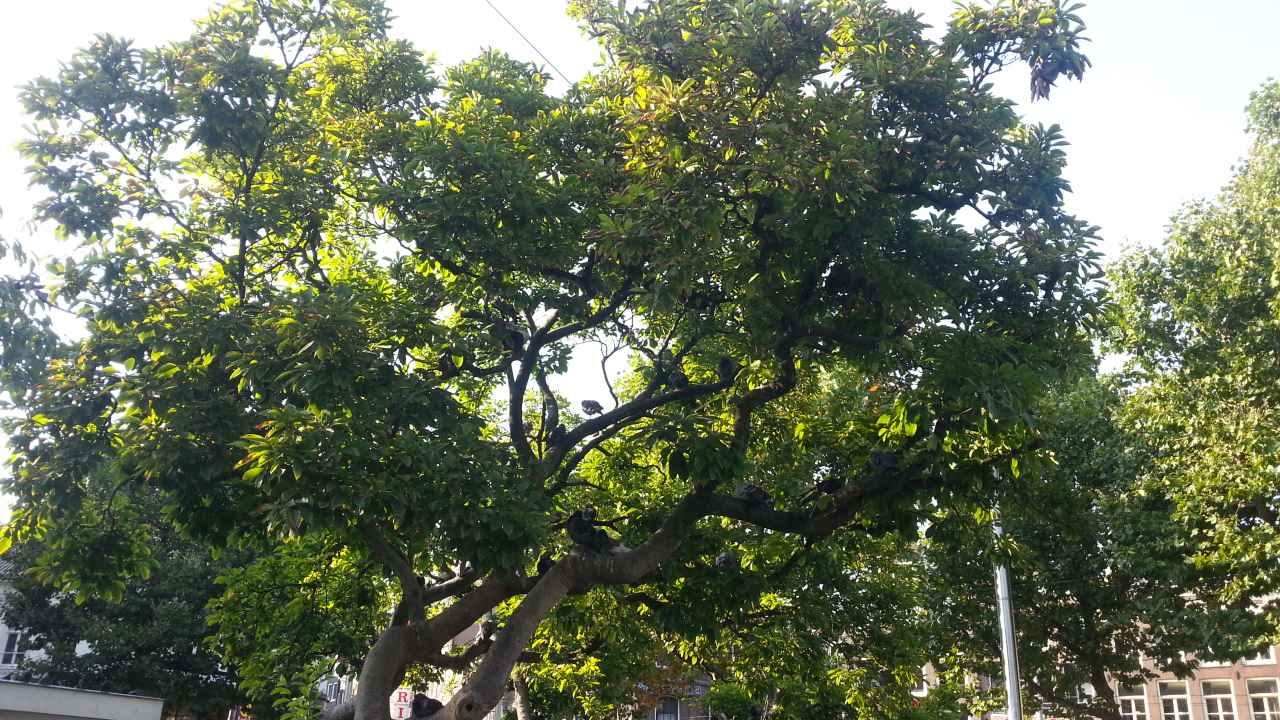 This was so darn cute that my decision was made instantly! I was going to play right here. I wasn’t feeling like putting up as much of a show as I could anymore, I was way too tired for that. I just sat down on a little ridge and started playing whatever I felt like playing and basically kept to myself while I was doing that.

It didn’t take long before I noticed there were actually a lot of people enjoying my music just hanging out and staying for while, leaving their change in my guitar case when they had to leave at some point later on. This was really amazing because this seemed to make so much more impact on people than me playing and singing as loud as I could to just get people’s attention!

I enjoyed myself immensely and I hung around as well, just feeling relaxed and chilling out. I even found some new fans who stuck around for a long time with me and we had really nice chats! They even walked back to the train station with me when I really had to go home again!

Just before I was leaving the ‘Rembrandtplein’ again, some guys asked me if I was going to play music (I had the guitar case in my hand). I told them I just finished and the were bummed about that. They asked me if I would play a song for them and I sang them an a capella song cause getting the guitar out would take way too long to do. They were amazed and when I was really leaving one of those guys was so kind to take pictures of me and my new fans! 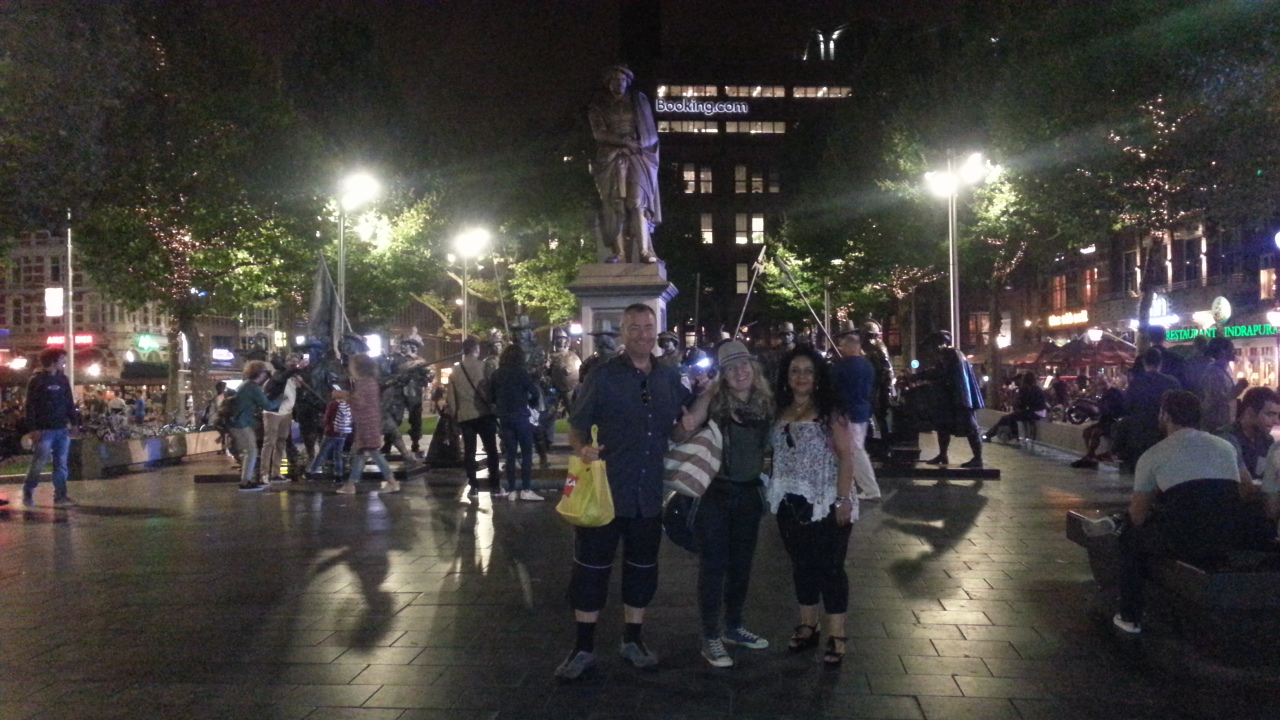 Instead of yelling ‘cheese!’ when the pictures were being taken, I yelled ‘please! don’t run away with my phone!’. Another guy responded: ‘I’ll be your bodyguard, nobody will take your phone!’ It was all too hilarious and of course I wanted to have my picture taken with my new bodyguard as well! 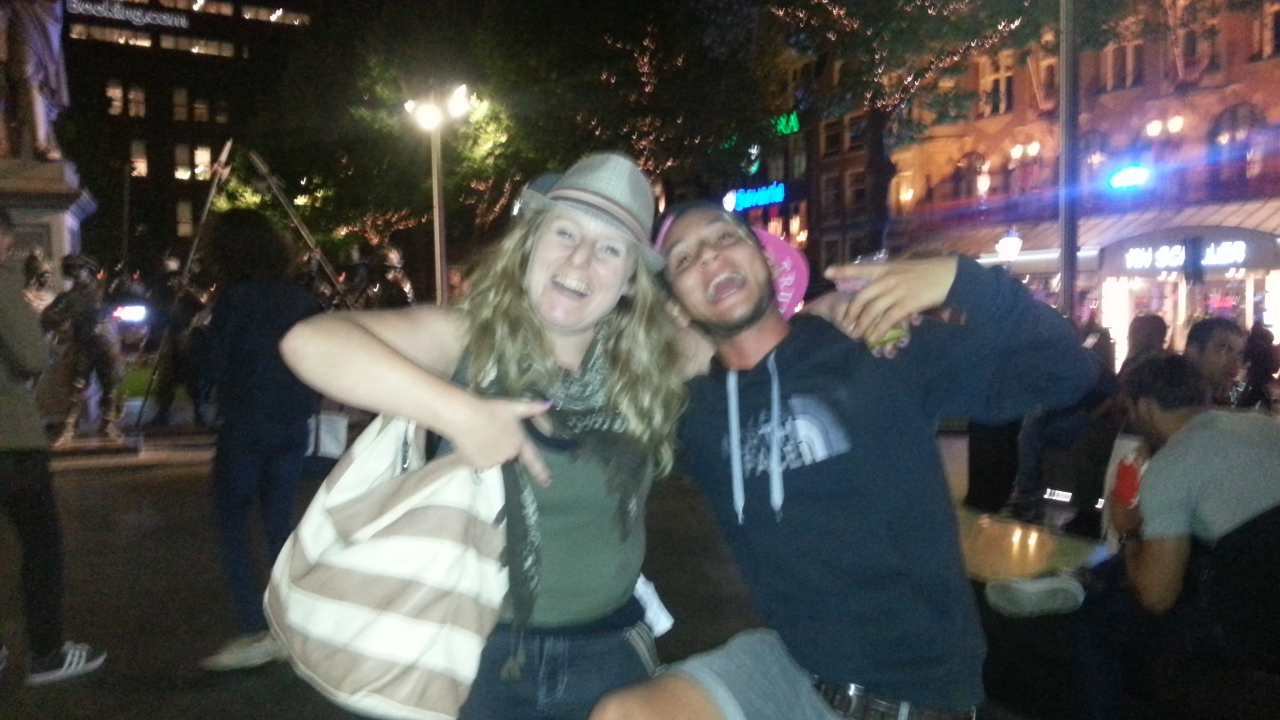 Pity that my phone takes such crappy pictures at night, but it was just too funny either how!

All and all Amsterdam was awesome! I enjoyed it immensely and I’d love to go back and busk there some more another day!

I am going to close off this Summer Tour with feeling incredibly grateful of all those amazing people I met and also all the people who showed me their honest opinion and appreciation on me busking! It was definitely an experience never to forget and who knows?! I might feel like doing it all again next year!

THANK YOU ALL SO MUCH!

SMOOCHIES AND HUGS TO ALL OF YOU!

With eternal gratitude and love,

2 comments to “What a complete rollercoaster! (FABB-Tour Amsterdam – GRAND FINALE!)”