The sunset can do weird things to a city and it’s people! (FABB-Tour ‘s Hertogenbosch) 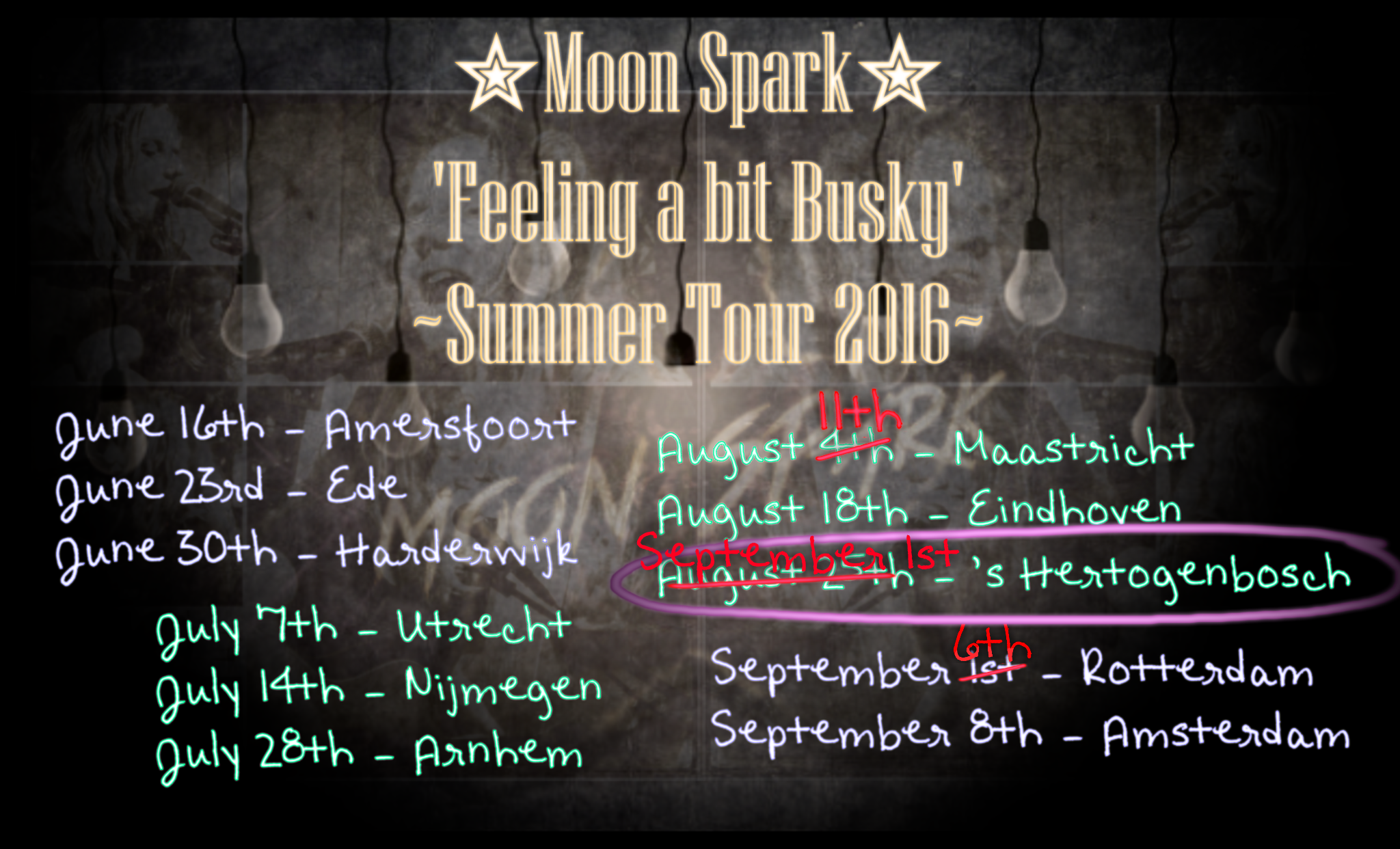 On my way in the train I really started wondering about my decision to fit two FABB-Tour locations in one week. To be honest, I still don’t have an answer on that as I’m writing this on Friday morning and I’m leaving for the Rotterdam FABB-Tour in a hour or two.

SINCE I MET UP WITH A FRIEND IN ROTTERDAM AND IT ALSO STARTED TO RAIN PRETTY BAD, I DECIDED TO MOVE FABB-ROTTERDAM TO NEXT WEEK SEPTEMBER 6TH

At the trainstation of Utrecht I saw my most favourite places on one sign together concerning the platform I was on. Maastricht, where I was born and Nijmegen where most of my music is these days! Heerlen I don’t have a big connection with except that my parents live close by these days and it’s also Zuid Limburg which are my roots. 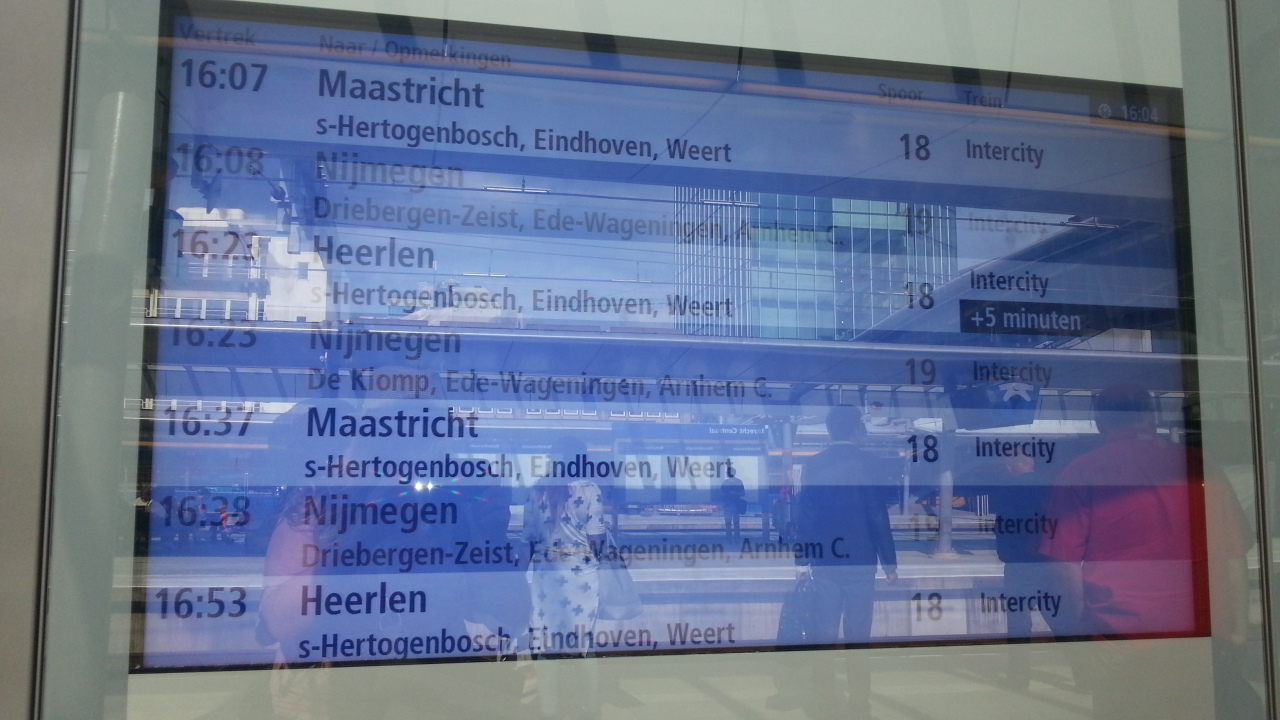 ‘s Hertogenbosch was certainly very interesting yesterday as the weather was gorgeous and to be honest; it’s a gorgeous city for sure! Loads of beautiful old buildings and the way the sun was setting and warmed up the old bricks was amazing!
For the very first time during my summer tour, I got lost 😀 Not completely lost and starting to panic type lost, but I lacked any clue for a while where I was at in that city, haha! A whole bunch of (I’d guess they were Italian or from the Balkans) musicians stopped me cause they wanted to know in very poor Dutch and some poorer English how much the straps cost which I carry my guitar case around with on my back. That was definitely a laugh! 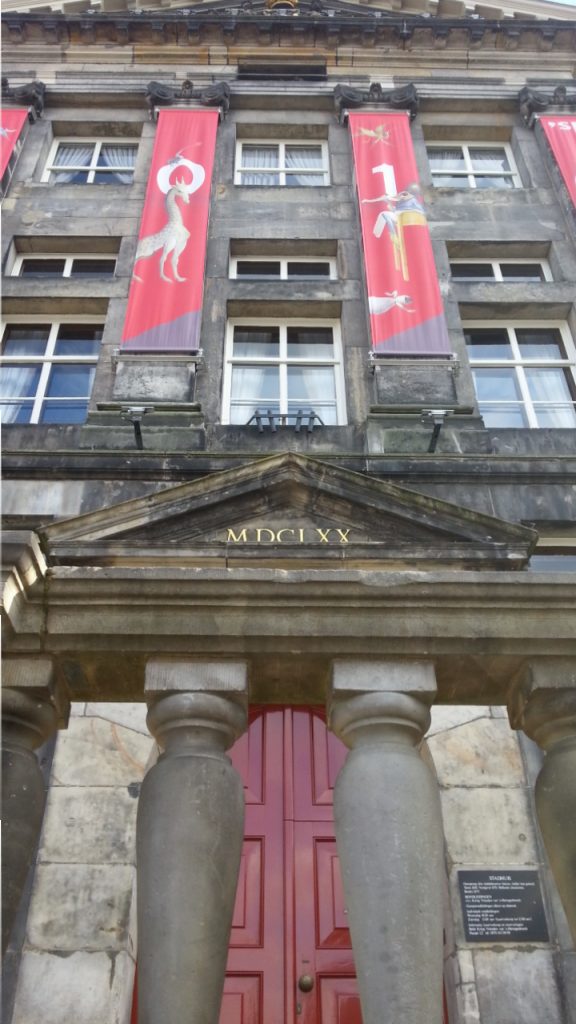 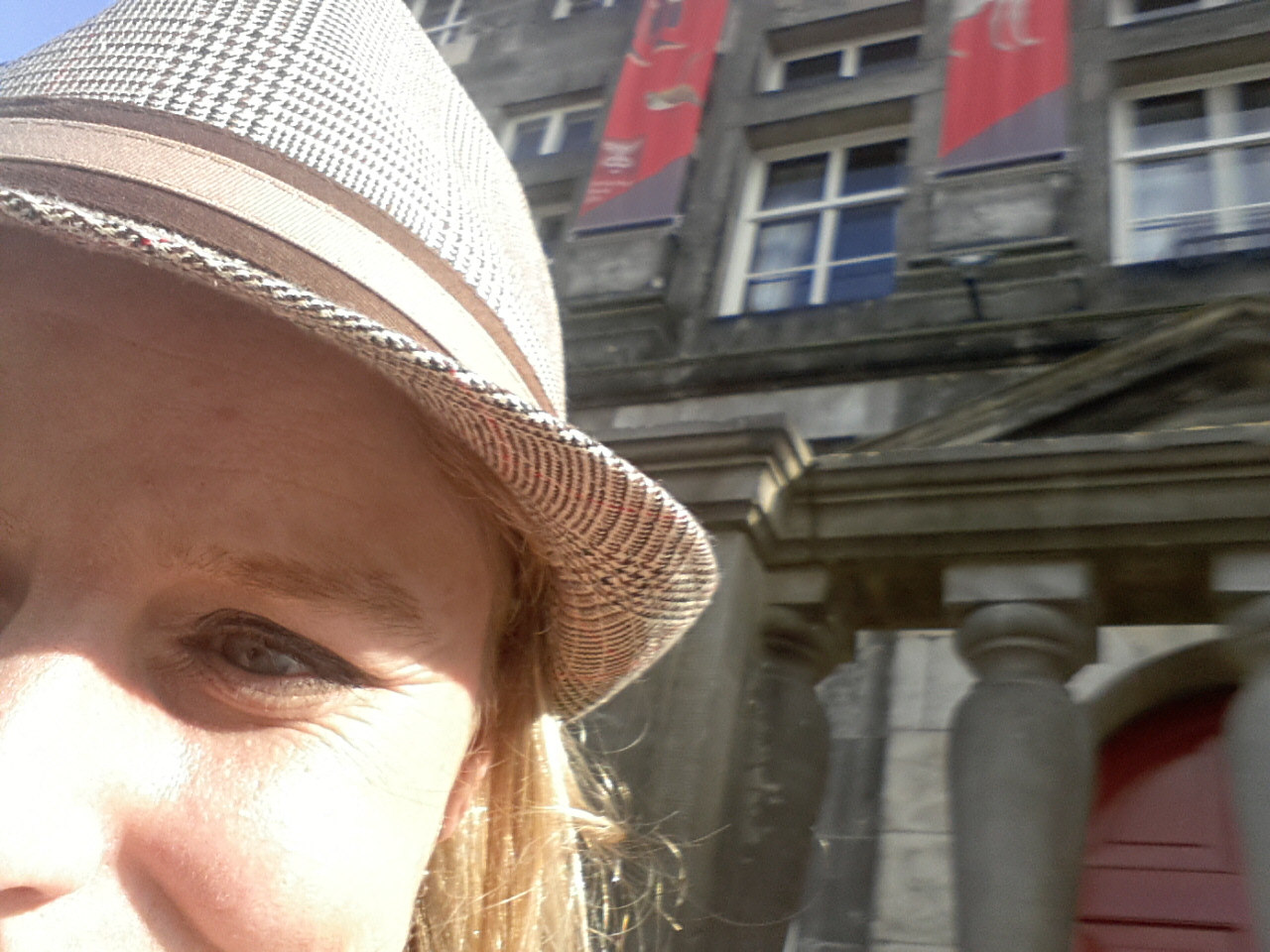 I started playing at the old city hall which looked amazing, but it apparently wasn’t the right time and/or place for busking. After playing for a little bit I decided to move and grabbed my stuff. A very nice woman came running down the street cause she saw my pack and she still wanted to come bring me some money which she didn’t have cash when she passed me earlier. Super Sweet! 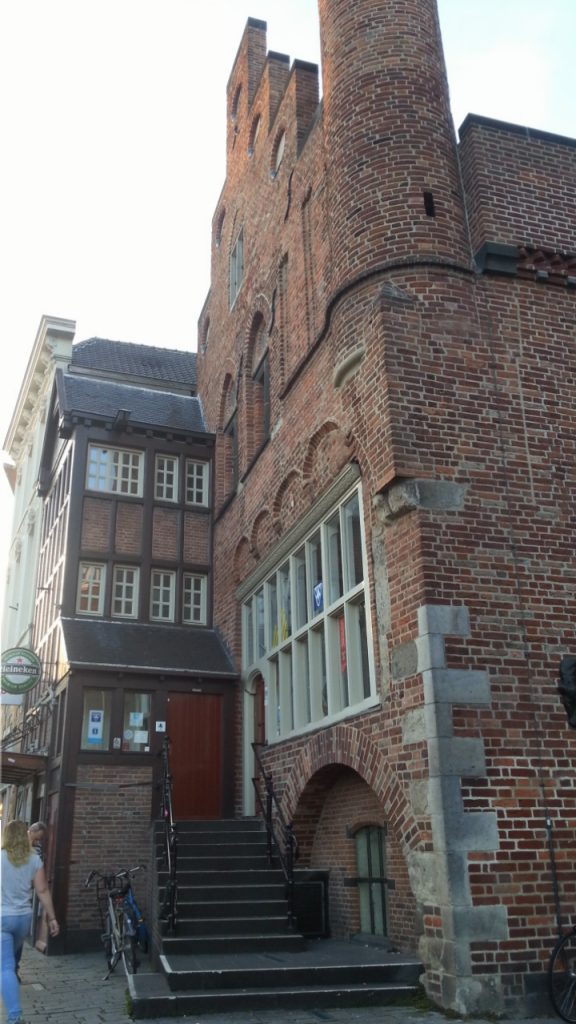 I moved on to where my friend Sherryl (who busked here before) had advised me to go play and I had loads of fun there, really nice response and sweet people. There was a little group of guys that were a bit annoying but I took it as a challenge to put the joke on them when they passed by me and were annoying again. I think it worked… Maybe… Haha! They definitely stopped being annoying.
A little cute kid was so absorbed by me playing music that he walked in to a parked bicycle, which luckily didn’t hurt him and while his mommy comforted him, he was still watching me play! It made me melt! I was really enjoying myself on that corner where I was literally warmed by the sunset and got to enjoy the very nice momentum in ‘s Hertogenbosch.
When I decided I was done for the day -I never left that last spot- I was packing my stuff and had a little chat with a guy that apparently worked at the fish stall close by. I got some intel about the best days and times to play in ‘s Hertogenbosch which I’ll definitely keep in mind cause Sherryl and I are going to come back here together sometime! As I decided to go get myself a “haring met ui en een zuurtje” Which is the famous raw (herring)fish with onion and some pickle, I didn’t have to pay for it which was really sweet. The girl that works at the fish stall is a musician as well, and when I come back to ‘s Hertogenbosch to play, she might be joining us too! Such nice people!
Walking back to the train station, I accidentally took another fun detour which led me past a gorgeous part of the city alongside the water. (I think it’s officially a canal there but I’m not sure if that would be the correct way of putting it) and the place was infested by ducks and seagulls. A (dare I say) very funny woman was speaking to me from her balcony and complained about the animal show and how there were more and more of them every day. The ducks were following me as I was walking by and when they were close to her balcony she suddenly started calling out she was very scared of the ducks! I tried to calm her down by telling her the ducks wouldn’t harm her as they were very fat Muscovy ducks and wouldn’t be able to reach her balcony anyhow, she didn’t even hear me say that she was already shouting at them and I had to leave her cause I had a train to catch.

All and all this was a very nice day in my FABB-Tour! I hope Rotterdam will be just as much fun!