Back to my (rainy) roots! (FABB-Tour Maastricht) 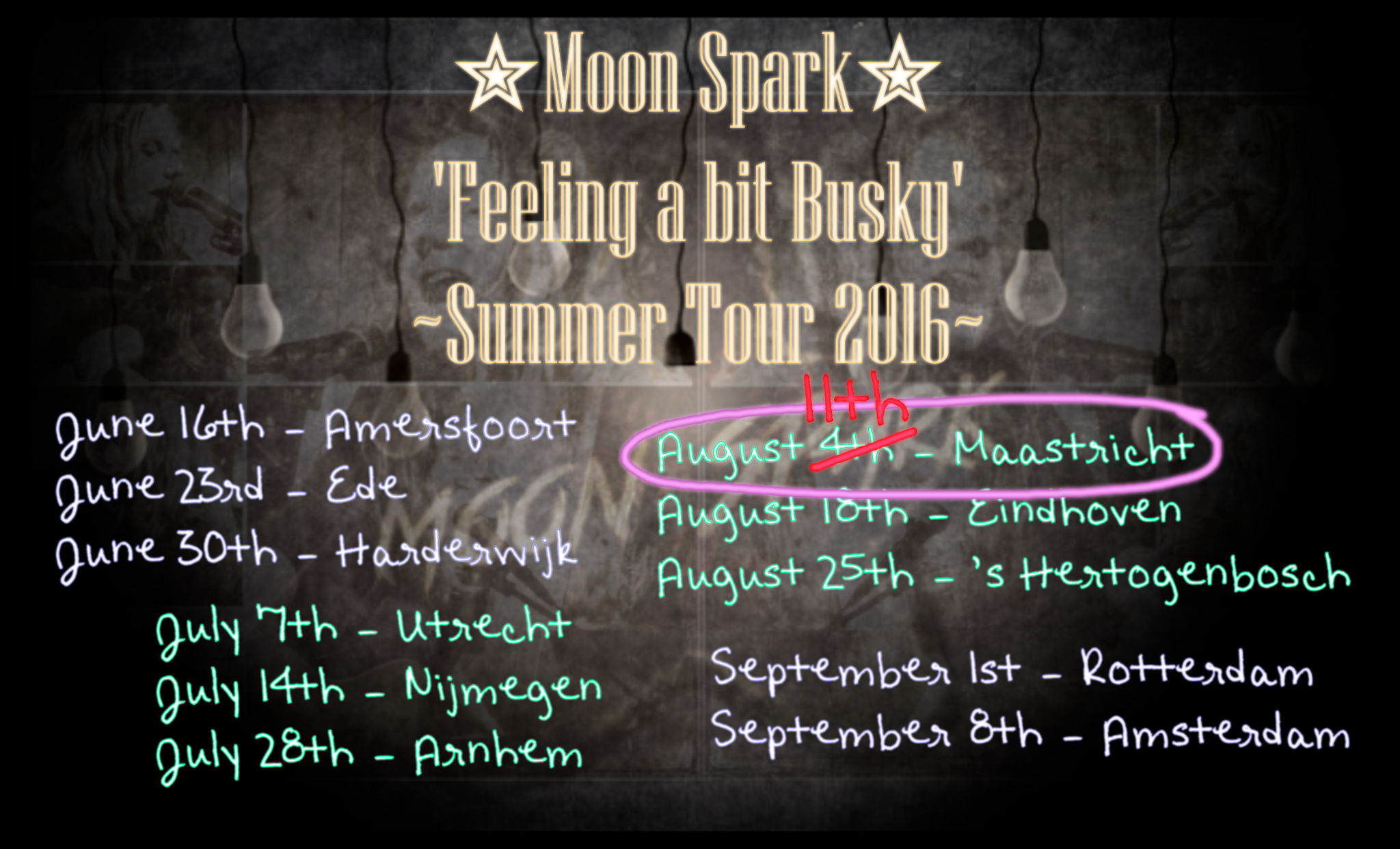 And here I was thinking the FABB-Tour in Maastricht was going to be the easy and familiar one, as I grew up in Maastricht and this city is in my blood. I travelled back to my home Provence once again for the FABB Tour this time.

First of all the weather decided to screw me over, as it is fully summer and it just rained all day and it got pretty darn shitty cold as well.

I went to get my paperwork done for the tour at city hall, were this nice lady suddenly changed her attitude as I told her in a giggly way that I picked the worst day ever to go busk and that I was trying to find sheltered locations on the list of allowed places to play at, I pointed at a location nearby and suddenly she started to act strict: “That is not a sheltered location, it clearly says AT THE ROUND BENCH and what you are trying to do is stand 3 meters (about 10 feet) from there. You’re only allowed to play AT the bench!” Mind you the bench itself has a cross-cut of at least 6 meters (20 feet) and was in an open area. The most annoying thing was not particularly that she acted that way, but the window at her office looked directly over that spot so I had nowhere to go with any of it without her being able to see me play.

It seemed none of the other locations had any form of shelter or at least a couple of people that would walk by so I had to make some decisions: I decided to stand in the sheltered area and just hoped she wouldn’t call the cops on me when she would see me there. Nonetheless did I get wet there, there was just too much wind and the rain just blew right in my face because of it. It definitely was a struggle to play there. On the other hand I did get to meet a friend from online in real life for the first time! That was awesome! We’ve known each other for over 9 years online now and we planned on meeting so many times but just didn’t get to it. Also a friend of mine from Nijmegen was in Maastricht that day and she came by! So sweet! <3

I kept to my playing time neatly and went strolling around the city to look for good spots and must say it felt so good to walk across the city after all these years! I missed it so much! After a very long time of walking and at some point feeling desperation for the tour, I found a spot that I was allowed to play at, there was as good as no wind there and it was reasonably sheltered too! It became a real party there! 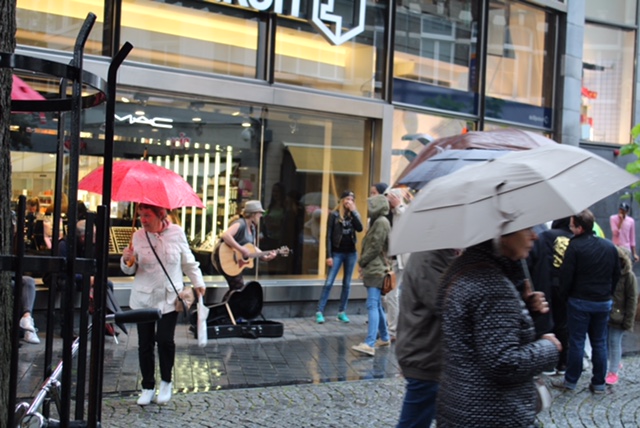 For the first time in my FABB-Tour there was a small crowd of people that actually stayed to listen for a while. They stood in the rain and enjoyed listening to my playing! I was overwhelmed by that for sure! 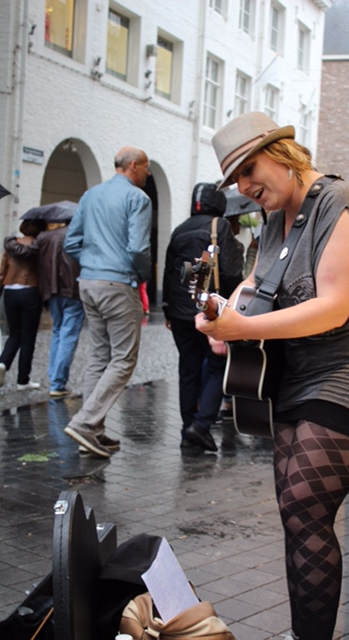 Then two sweet German young ladies came over and wanted to sing along on ‘All About That Bass” and asked me if I would play it again. We did and it was a hoot! So much fun I hardly even felt the cold and rain any more! 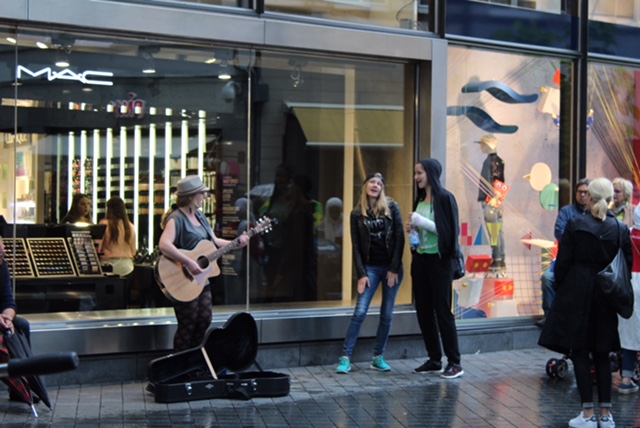 Not much later a very fun man stood by me for a bit because he loves to dance and he loved to dance to the music I made. I just felt so warm inside from having so much fun with everybody there! Right there and then I decided I want to play again in Maastricht for sure! I’d have to look in to it to see if there is a possibility to get the permit again.

As I was going to have dinner with my family later, my mum came to see me play for a bit before she went to pick up my dad from his work so he could hear me play the last couple of songs as well. It was really weird to see my family there while I was busking. My mum made all the pictures above too! Yaay!

Dinner was great and I had such a warm and lovely time today! <3 I’m so very thankful for everything!

All and all a big surprise cause what seemed to be a doomed day on my FABB Tour actually became very special! I’ll never forget it and I also hope to be back there and busking soon too!